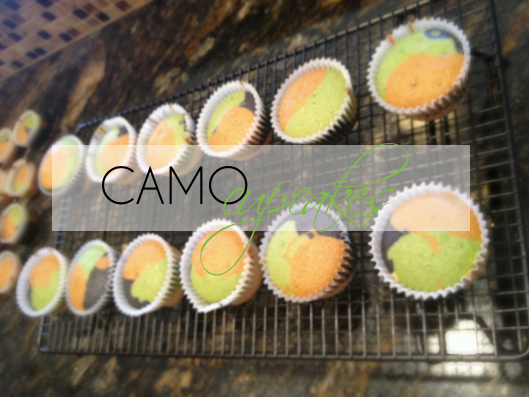 While baking, I’m usually as girlie chic as it goes. But when it came to baking something for my best friend’s husband’s birthday party, I had to think outside “jewelry” box. I found this fun camo cupcake recipe from Crafty Mama, and decided would be perfect! 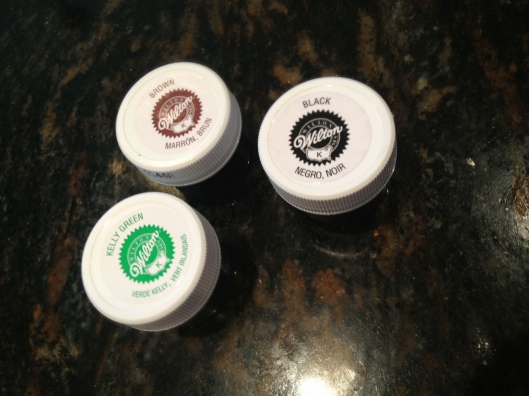 Separate one white cake mix into four different bowls, and color accordingly. I use gel food coloring for all my baking needs. It works much better than the liquid form for cakes, cookies, and icings.

Fill pastry bags, or ziplock bags (which I used because it was much less messy, while using multiple colors) with each of the colored cake mixes.

Pipe a dollop of each color into two cupcake pans evenly. Bake according to recipe instructions. 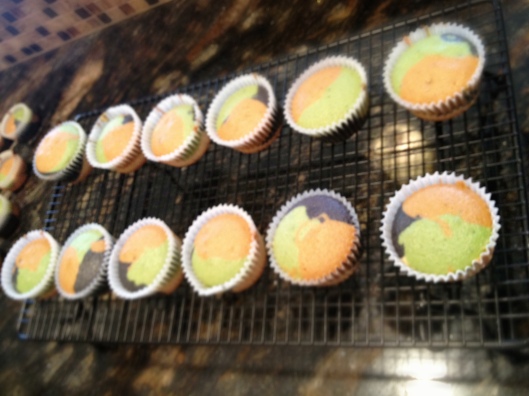 Instead of making one large cake, I liked the idea of simply making a “24” shape out of the decorative cupcakes.

Instead of going full-out camo, I opted for a Creamy Chocolate Icing to frost the cupcakes.

**To veganize this recipe, start with a making a batch of vegan cupcakes and substituting all natural food coloring.